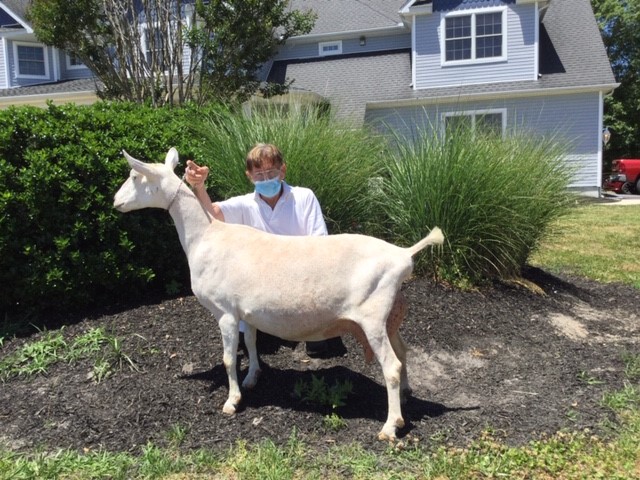 Jewelweed is nature’s answer to poison ivy.
Last week Scott and I took two goats to a goat show which was held in an open field instead of an enclosed arena because of the pandemic. We parked our truck at the edge of the field in order to get some shade. Only after tying the goats out in the woods did I realize there was poison ivy in those woods – by then it was too late! I am sooo sensitive to poison ivy that I joke if I am close enough to recognize the poison ivy plant – then I am too close and most likely will have a poison ivy rash. Well upon returning back to the farm I immediately bathed using our Jewelweed goat milk soap. No poison ivy rash!!!!
Jewelweed (impatiens capensis) is a Native American wildflower whose foliage glistens & sparkles when wet. The crushed leaves are a traditional and well-known folk remedy for poison ivy. Washing with our jewelweed goat milk soap on the day of exposure will usually result in no poison ivy rash or a very minor rash. Everyone should have a bar of Caprikorn Farms handmade jewelweed goat milk soap on hand during the summer when you are likely to encounter poison ivy. 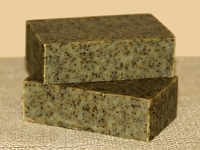